Home / Society / In the popular Kyiv supermarket, a scandal erupted

In the popular Kyiv supermarket, a scandal erupted 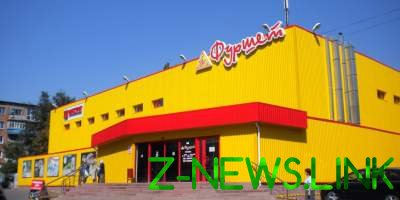 Users of social networks are in shock from the horrible shots that appeared on the Network.

The Internet rapidly discuss a photograph in which an employee of the supermarket “Furshet” has both feet on the head cheese. Chances are that this product can go on the counter.

Appropriate the shared Director of the Ukrainian Association of trade networks suppliers Oleksiy Doroshenko on his page in Facebook.

According to him, the biggest supermarket of Ukraine tried to distance itself from the scandalous photos. In particular stated that it was made in 2012 and processed in Photoshop. 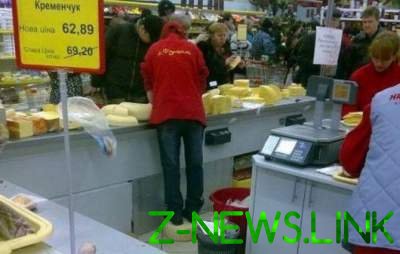 Also Doroshenko said that if the growth of small shop, the cheese will be useful.

“This insanity without punishment can be only for us”; “Again “Cocktail” famous. Remember the pigeons in the container of cereal and a cat in the Sahara”; “Sad service” – write users.

“Cocktail” a little cat in the Sahara, so they decided to experiment with cheese” – outraged users.

We will remind, earlier in one of capital supermarkets buyers made a video of what the cat was doing in the grocery Department. Pussy jumped up on the curb with open loose products and chose the cell with the sugar. The camera captured how the cat is after the mission to cover up traces of “crime”.