In the Pacific, rescued two American women, drifting for 5 months 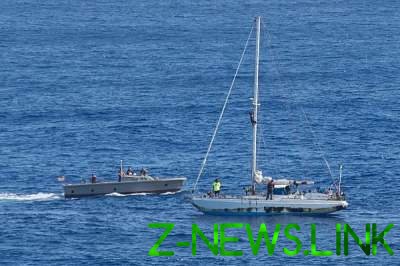 Two women and two dogs were swimming in the ocean for nearly six months.

There was a video of the rescue of two inhabitants of the American city of Honolulu and their two dogs, who were almost six months on the boat with a broken motor 900 miles from Japan. They were picked up by an American landing ship Ashland.

See also:  In Britain, the support of the citizens of the EU after Brexit

Jennifer Appel and Tasha Fuaba decided to go on an independent journey from Hawaii to Tahiti in may of this year. During a storm the yacht broke down engine, and a strong wind carried the ship into the open ocean. Numerous signal does not reach the shore, and there for a long time there were no courts.

See also:  The confusion of the day: Novorossiysk instead of a flag hung women's bra

Only five months later, on the horizon a U.S. warship, whose crew came to the rescue. According to Appel and Foiba, from starvation they were saved by water makers, as well as large stocks of cereals and pasta.