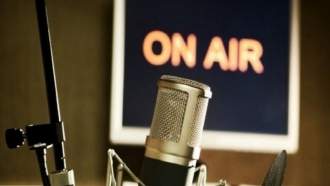 Thanks Chongar tower Ukrainian radio station can be heard on a vast territory of the Peninsula from the Old Crimea and Simferopol almost the complete absence in the air of Russian FM-radio stations.

According to Sergei Kostinsky, against a successful project, which is implemented in the state and a private investor Network of Ukraine this year, “Ukrainian television” actually carries information sabotage.

“But here, I read the Russian press, Russians on the contrary argue that this is due to we Chongar the tower broke “their” information space” – said a member of the national Council.

“As to the real distance at which Chongar say UA: Ukrainian radio on 100.7 MHz and Radio “Crimea.Realities” 105.9 FM, 549 AM, says a video of Kalanchak, Kherson oblast, about 100 km from Chongarsky RTPs. Individual contribution to broadcasting on the territory of Crimea, especially on the Kerch Peninsula, makes the Concern of RRT – with its tower in Genichesk,” wrote Kostinskogo.