Home / economy / In the occupied Crimea increased the prices

In the occupied Crimea increased the prices 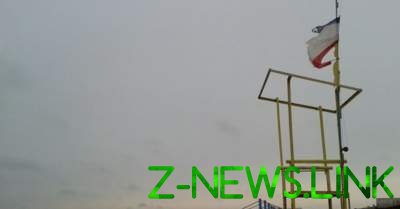 On the Peninsula continue to increase the price of products and services.

The cost of the minimum set of food products in the occupied Crimea at the end of October amounted to 3757,64 ruble (about 1680 UAH) per person. Reported krymstat.

According to the Agency, since the beginning of the year it increased by 1.2%.

Also on the Peninsula rose the price of the fixed set of consumer goods and services. In October it was 13700,38 of the ruble (more than 6100 UAH) per person, an increase from the beginning of the year – 4.5%.

As told speaker of Parliament Andriy Parubiy, Parliament is preparing to consider the law of the sovereignty in the Donbass and will be able to do it on November 16.

In turn the Deputy Minister on the issues of the temporarily occupied territories Yury Grymchak previously explained why the Crimea is not necessary to add to the law on the reintegration of Donbass. He recalled that there is no need to make the Crimea in the bill for the Donbass, as for the de-occupation of the Peninsula there is another law.