In the occupied Crimea held a rehearsal of parade may 9 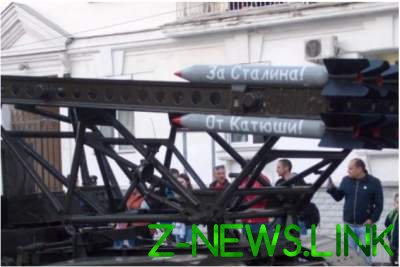 A convoy of parade occupiers in Sevastopol, headed “Katyusha” with the inscription “For Stalin!”.

“A column of military vehicles in Sevastopol, headed fighting machine of jet artillery the war years, known under the unofficial name “Katyusha” rocket on which was written “For Stalin! From Katyusha”, – stated in the material.

In rehearsal in Sevastopol also participated military tank T-34 on synthetic tracks, self-propelled artillery and a few dozen Russian military vehicles in service with the coastal forces of the black sea fleet of Russia.

See also:  In Novosibirsk, the people came out to protest against corruption

In Kerch at the rehearsal were presented a variety of military equipment from Russia armored cars, Armored vehicles, mortars and howitzers, system “Grad” to the anti-aircraft missile systems s-300. In preparation for the parade took part in the military different types of Russian troops and “yunarmeytsy”.

Parade rehearsal Russian invaders in Kerch, may 4 2019Фото: radiosvoboda.org parade Rehearsal Russian occupation of Kerch, on may 4, 2019
Russian military equipment in Certifate: radiosvoboda.org Russian military vehicles in Kerch
In Russia, 9 may is celebrated as “victory Day”, this day is considered as the victory of the red army and the Soviet people over Nazi Germany.

See also:  Reporters learned at the expense of what survive in occupied Donetsk

In Ukraine, may 8 celebrate the Day of memory and reconciliation, and may 9 – victory Day over Nazism in the Second world war 1939-1945. Date may 8, the Verkhovna Rada has established in 2015 in the framework of the implementation of the policy of de-communization, then Ukraine refused to term the Great Patriotic war at the state level. 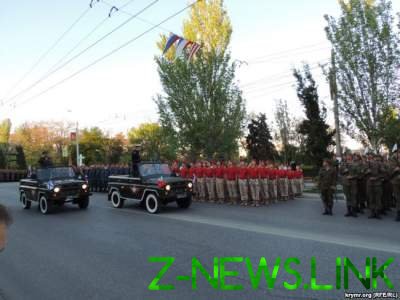 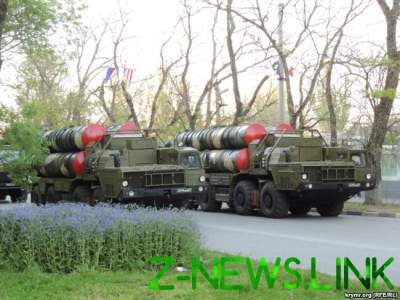