Home / INCREDIBLE / In the occupied Crimea have discovered an ancient burial

In the occupied Crimea have discovered an ancient burial 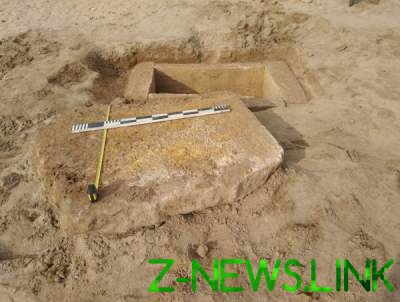 On the Central beach of Yalta in the Crimea passerby randomly discovered the burial of antiquity.

Burial refers to the III century BC.

This was informed by the press service of city authorities. The official record States that, under assumptions of experts, the tomb was made when Kerkinitida — early settlement on the territory of the Western Crimea. In the local Museum about the ancient tomb said the passerby, who found the edge of the plate of burial. The experts conducted the excavations together with employees of the archaeological Institute.

Lyudmila Dubinina, Deputy Director of the Museum, said that burial is a stone box, hand-made, long one meter and 20 centimeters. Under the assumption of the archaeologists, the grave belongs to a child. In the box was a small coin, vessels and dice.

It is noted that previously such in Yalta could not detect, since two thousand years ago the coastline was much farther from water than at present.