In the Network of “leaked” specifications of Nokia 2 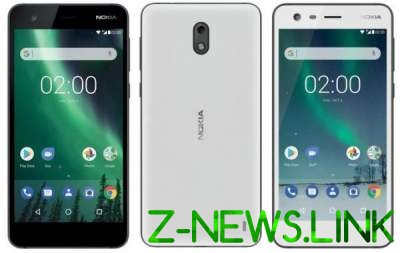 It is difficult to say exactly when will be a presentation of 2 Nokia.

However, the network is already possible to find the characteristics of Finnish innovations. The network has already appeared information that the company HMDGlobal may show the Nokia 2, Nokia Nokia 7 and 9 at MWC 2018.

However, while her representatives has not announced the date of the official announcement of the models. However, on the benchmark website AnTuTu appeared testing data smartphone under the code number TA-1035. And, most likely, behind these figures are hidden features Nokia 2.According to the obtained data, the smartphone Nokia 2 will run on Android Nougat 7.1.1 running on Snapdragon chipset 212. But it is possible that the gadget will get a MediaTek processor.

As the selected graphics card Adreno 304. The smartphone is equipped with 1 GB of RAM and 8 GB of internal memory. The main camera of the smartphone is 8-megapikselnaja, while the front — 5 MP.

See also:  The Network got one of the first pictures taken on the iPhone

The smartphone is expected the battery on 4000 mAh. According to preliminary data, Nokia 2 will cost $ 99.

It is likely that the presentation of Nokia 2 can be held 31 October 2017 in India. The model has already been presented in China market, but buy it outside of China is impossible.