Home / Video news / In the Network appeared the trailer of the film about Nikola Tesla and Thomas Edison. Video

In the Network appeared the trailer of the film about Nikola Tesla and Thomas Edison. Video 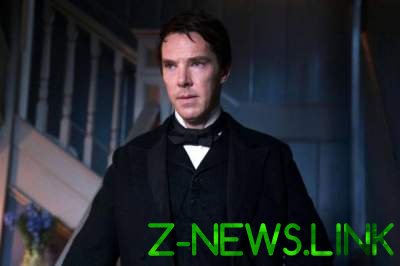 The Network published the first trailer for the historical-biographical film “War of currents”, in which the main role was played by Benedict Cumberbatch.

So, Edison was convinced that the future of DC current, and Westinghouse and Tesla argued for the distribution of alternating current.

In the film Cumberbatch, known for starring in the British series “Sherlock”, plays of Thomas Edison. The role of his opponent George Westinghouse – went to Michael Shannon (“Under cover of night”). The role of Nikola Tesla was played by Nicholas hoult (“X-Men. First class”). The film also starred Tom Holland (“spider-Man. Return home”) and Katherine Waterston (“Steve jobs” and “Alien: Testament”).

The film’s Director, Alfonso Gomez-Rejon. Premiere of the film will take place on 9 September at the International film festival in Toronto. In the Ukrainian film will be released in December.