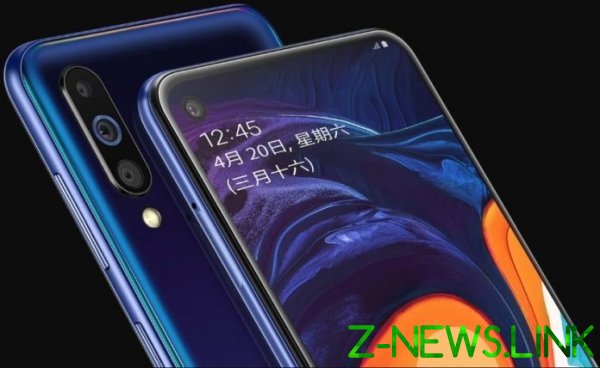 We have not once wrote that Samsung is working on another smartphone M-series. Now in the network appeared the first image novelties.

Renderings published Indian insider Ishan Agarwal (Ishan Agarwal). According to the leak, the Galaxy M40 will come in three colors and will get widescreen display with cutout in the left corner for the front camera. Headphone Jack and earpiece in the apparatus will not. Sound can transmit the screen of a smartphone. The same technology is in the flagship LG ThinQ G8.

On the back of the device you can see the triple module main camera with LED flash and a fingerprint scanner, and on the bottom edge is the USB — C port and the main speaker. The power button and volume controls installed on the right side.

According to rumors, the novelty will receive a Super AMOLED screen on the 6.4-inch, OCTA-core Snapdragon processor 675 and 6 GB of RAM. The apparatus is also credited with a battery of 5000 mAh, 9 Pie of the Android OS with a proprietary shell One UI and the price tag in the area of $ 360.

ASUS presented a new version of the flagship Zenfone 6