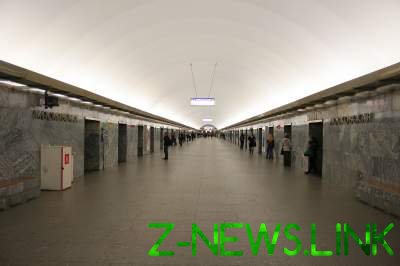 Circumstances of death are specified.

A passenger died under the wheels of a train at the station “Savelovskaya” Serpukhovsko-Timiryazevskaya line of the Moscow metro. On Wednesday, October 25.
“The dead body recovered from under the third car,” — said the Agency interlocutor.

Previously the official account of the Moscow subway on Twitter it was reported that the movement of trains on the Northern section of the gray metro line was suspended because of the incident with a passenger.

10:11 train followed with the increased intervals. 10:20 the movement towards the center from the metro station “vladikino” to the station “Chekhov” was stopped. 10:43 it was rebuilt and began to enter the chart.