Home / Society / In the Lviv region was operating knackers

In the Lviv region was operating knackers 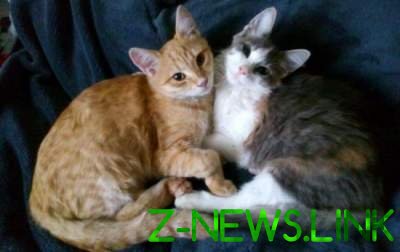 Social media was outraged by a case of animal cruelty in the Lviv region, where Teens were shooting from the pneumatic weapon in cats.

Reported by Nelia Marchuk on the community page “VARTA” in Facebook.

“Young knackers started hunting with airguns on animals. It is not known exactly how many they have killed with impunity or injured”, – she wrote.

According to the woman, the victims were two teenagers, a cat activist of the Right sector Yuri Levitsky.

“One cat, unfortunately, could not be saved, the other red, he came yesterday with arrivavano head. After examining the wound, it became clear that the hole in the ear from a bullet of the pneumatic weapon. Yuri immediately went to the yard, rushed out of his carrot-top and noticed two guys. In the hands of one of them was the subject similar to the gun. The man called the police, that the perpetrators were punished for cruelty to animals. And while riding patrol, Skinner decided to run away. Fortunately, Yuri is not the only activist of the Right sector, but also athletes, back, to catch the sadists was no problem,” – said Marchuk. 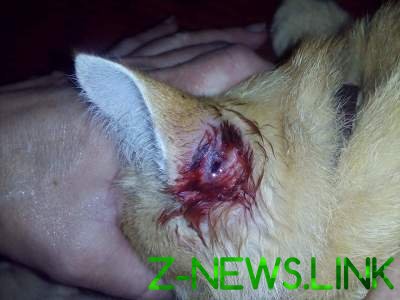 The woman was indignant that the police instead of detaining the attackers, called them an ambulance.

“Another crime against animals to go unpunished. Today freaks for fun shooting cats, then dogs, and after a while they will be interested and they will switch to children,” said the woman.

Users of social networks protested this cruel behaviour. People say that such persons are now abused animals and then can do it over people.

The network noted that in such cases there is the fault of the parents.