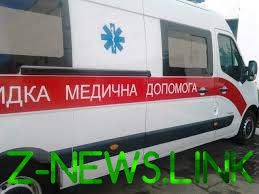 The tragedy occurred yesterday in the city of Nikolaev, Lviv region. During loading the slabs were killed, one worker was injured. About it reported in sector of communications of the police region.

“The police on 4 October, it was reported the death of a person. Pre-installed, while unloading a truck of granite slabs they have been offset. The result was the injured 27-the summer inhabitant of the Nikolaev area. The victim died at the scene”, – told the police.

See also: In the Cherkassk area the hunter was aiming at the beast, but killed the other

25-year-old colleague of the victim was hospitalized with a diagnosis of “bruised laceration of the right hip, and blunt trauma to the pelvis”. Circumstances of incident are established.