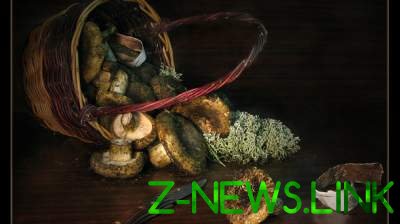 On Saturday, October 7, around 09.30 police in Lviv region found in the forest of an elderly mushroom picker who left home three days ago. Since man was unconscious, he was taken to a local hospital. This was reported by the press service of the Lviv region Netpolice.

Law enforcement officers found 71-year-old resident of stry, near the village of Coal. Retired another morning of 4 October, went to the forest for mushrooms and got lost.

“The man was lying on the ground unconscious, but alive. He was hospitalized in serious condition at a local hospital. To searches, but cops were involved workers of Public service on emergency situations of Stryi and Drohobych, local residents and forest Rangers. I want to thank everyone who joined the search,” – said the head of the Stryi police Department, police Colonel Ivan Baby.

Recall that in late September, in the forests of the Carpathian region lost two mushroomers. In search of them were sent to police and rescuers.

And in August, in Transcarpathian region, rescuers found 80-year-old citizen of the Czech Republic, which during the passage of the tourist route in the area of mount Nehrovets ‘ lost orientation and got lost.