Home / Incident / In the Lviv region, 12-year-old boy died due to negligence of doctors

In the Lviv region, 12-year-old boy died due to negligence of doctors 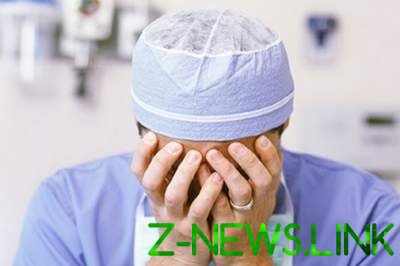 Experts have proven that the child’s death occurred due to medical errors.

In lvovshchina doctors zhidachevskiy the hospital was recognized involved in the death of 12-year-old boy. This is almost a unique case in modern Ukrainian medicine, because the clinical expert Commission failed to prove the medical error.

Experts have found that doctors made wrong diagnosis and negligent.

In June this year it was reported about 12-year-old Roman Fist from Ternopil, who was on vacation at grandma’s in Lviv, when he became ill.

The boy was admitted to the district hospital. There his days were treated for poisoning and heat stroke. And only when the child was brought to the regional center, was the guy twisting of the intestine. Doctors to save the child failed.

Announced the Commission’s findings will now be forwarded to the police and to the Ministry of health.

According to the chief of Department of personnel and organizational support Department of health of Lviv regional state administration Andriy Golden, at each stage the error was made to provide health care at pre-hospital and hospital stages.

The boy’s parents want to seek the punishment of the physicians in court.

“We hoped to adequate assistance of doctors, and was told there that the child is faking. I want to convey to the public that this is a problem. In my place, tomorrow it could be any of us,” said the father of the boy Vladimir Fist.