Home / business / In the Lugansk region, caught the mercenary of the Russian Federation

In the Lugansk region, caught the mercenary of the Russian Federation 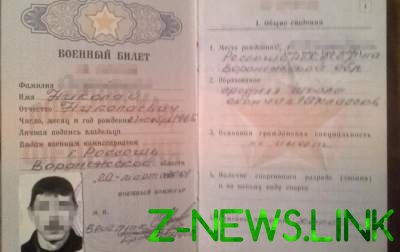 Citizen of the Russian Federation have returned to the territory of Russia.

Employees of SBU detained the citizen of Russia, which illegally crossed the state border and headed into separatist-controlled territory for the repair of military equipment. On Tuesday, November 14, reported the press service of the SBU.

According to authorities, a mercenary caught in the Novoaydarsky region of the Luhansk region. The man told investigators that he saw at the bus stop the Russian town of Rossosh ‘ the announcement of the recruitment of volunteers to participate in the fighting on the side of LPR.

According to him, the “work” took mechanics and promised high wages.

“The Russians were interested in such a proposal, and he arrived in the Rostov region. There he received from the coordinator of the separatists of the user for further action in Ukraine. The mercenary also helped to illegally cross the border, bypassing the established check points”, – is spoken in the message.

After carrying out investigative and operational actions of the citizen of the Russian Federation have returned to the territory of Russia.