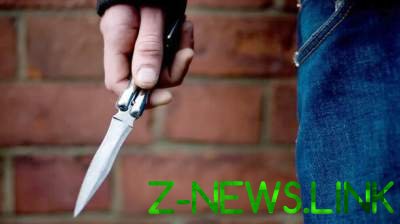 The stabbing occurred after an argument with his wife.

In the village Panfyly Kiev region man stabbed with a knife member of the election Commission.

According to militiamen, the man first entered the territory of the polling station. He was detained by police who were on duty at the station, and brought home, but he did not calm down.

See also:  In the Donbas, the former PE teacher was beaten to death by friend

“He quarreled with his wife, who in turn, called the friend to help to calm her husband. A friend’s wife was a member of the election Commission. He came at the woman’s request, but received two stab wounds to the top of the shoulder joint”, – stated in the message.

Now the man is in the hospital. The issue of entering information in eRDR under article 296 (hooliganism).

See also:  Daring state of emergency in the Dnipropetrovsk region: unknown a man was kidnapped