In the Kremlin invited the Russians to wait another five years 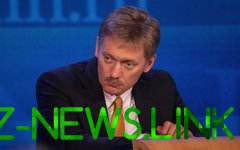 To see improvements in your life the Russians will be able after the implementation of the national projects, which are designed to 2024, said the press Secretary of the President Dmitry Peskov, commenting on the results VTsIOM poll, according to which 60% of citizens called the outgoing year difficult and bad for the country.

According to Peskov, the Kremlin believes that these estimates should be treated “with a known tolerance,” because they present “fair share” of emotions.

“Although, of course, not without difficulties, and we are well aware of those challenges. And yesterday the President of Russia Vladimir Putin spoke at the Council for national projects that the citizens do not really feel positive changes in my life, despite all the work done” – quoted Peskov Finanz.ru.

Despite the difficulties in the economy, “the overall stability is secured and guaranteed in terms of macroeconomic stability, there can be no doubt,” he said.

Interference with the development of the country, according to Peskov, coming from the outside. There was a “quite an unfriendly international environment, it is unlikely this contributes to a particularly fruitful results,” he explained, adding that “the work continues,” despite the difficulties.
“For the Kremlin it was another year of hard work, which mainly pursues one goal – improving the welfare of citizens of Russia”, – said Peskov.

Answering the question of when citizens will be able to feel the results of this work, Peskov reminded that the task of raising the standard of living laid down in the national projects, “and it must occur that designed these projects, namely until 2024”.