In the Kremlin called for the summit in Normandy format 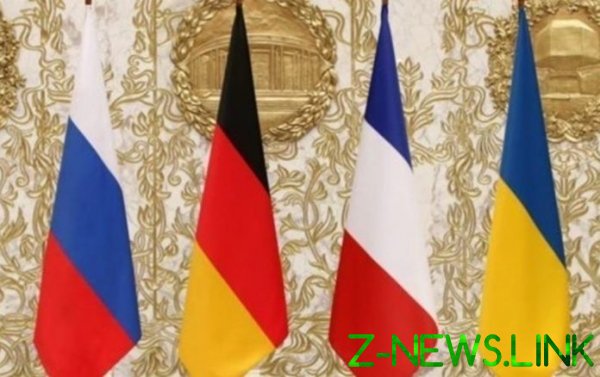 Earlier Russia denied the possibility of negotiations in the Normandy format.

The Kremlin supports the holding of the summit in the channel format after Kiev decides on its approaches. On Friday, may 24, reported the press Secretary of the President Dmitry Peskov, writes the online edition of the Chronicle.info with reference to the Correspondent.

“These issues,” — said the representative of the Kremlin, answering the question whether there was any meeting in the Normandy format at the highest level.

“However, such a meeting requires preparation and completion of all processes related to the formation of the corresponding team in Ukraine.” Peskov stressed that “nobody is a supporter of the meeting for the sake of meeting”.

He called for “patience and to wait, when will approaches the Ukrainian side.”

According to him, Russia needs to understand how the Ukrainian side is ready to follow the Minsk agreements, the inevitability of which is told in a trilateral format, Putin, Merkel and macron”. “Then on the agenda may already be on the Normandy summit”, — said Peskov.

A Kremlin spokesman said that Russia in General is not against participating in such a meeting.