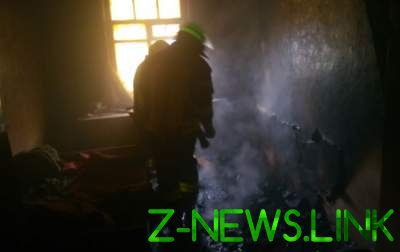 Near Kiev in a private house were burned to death the older woman.

While extinguishing the fire a body was discovered hostess 1933 born In Kiev region on November 25, 2017 10:04 became aware of the fire in a private house in the village Volodarka on St. Yaroslav the Wise, in which one person died. This reports the press center of the State service for emergency situations.

Noted that on a scene two branches the 6th of the State firefighting and rescue part of the village Volodarka.

“As it became known, there was a fire in a private house, which is probably the owner. The fire was localized at 10:24 and eliminated at 10:37. While extinguishing the fire a body was discovered hostess 1933 birth”, – stated in the message. According to authorities, the elimination of fire were involved in 6 rescuers and 2 units of equipment. In gschs also added that the cause of the fire is established it is investigative-task force of the National police.