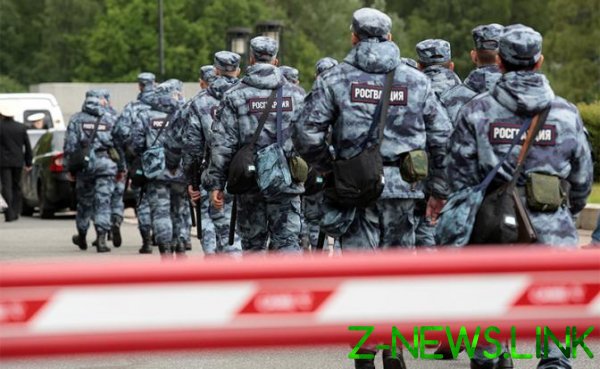 In the upcoming autumn session one of the most pressing topics for discussion with deputies of the state Duma will increase the demands on the current gun legislation. We will remind, according to official data of Regardie, at the moment the gun owners in Russia are almost four million people, in the hands which is more than six and a half million units of civilian weapons, including smoothbore (4.4 million units), threaded (more than 969 thousand units), powerful air (more than 5.5 thousand units) and more than 309 thousand gas pistols and revolvers.

Study of this issue was ordered to engage Regardie personally Vladimir Putin immediately after the tragedy in Kerch, when there in 2018, a student of Polytechnic College killed himself and 20 other people, and seriously injured 67 people. “Particularly pay attention: it is necessary to seriously strengthen control in the sphere of arms trafficking. I expect you here of specific proposals, including of a legislative nature”, — said the President.

Security forces zealously took up the request and prepared a document in which he proposed in particular to begin formal consideration kolomenskogo weapons or to inspect the state of health of licence holders annually, instead of 1 times in 5 years. Regardie also proposed to require gun owners within 3 days to report its actual location if they leave the place of residence with the weapon. A similar rule has been recommended for foreign citizens residing in the territory of Russia. It was stated that “this measure will allow to provide appropriate control over the circulation of weapons in places of temporary storage”.

In addition, as reported, in particular, the “Novaya Gazeta”, it was proposed “in order to counter the illicit trafficking of firearms to enter the obligatory account of decommissioned weapons Regardie and set a ban on the sale and donation of such weapons to the citizens.”

The bills of Regardie meant additional grounds for refusal to issue a license for the acquisition of civilian weapons. For example, to give a weapons permit not just those convicted of crimes, but also citizens, in respect of which there is just criminal prosecution. The refusal meant for those who did not give his written consent for the disclosure to a Federal Agency information about the presence of a disease, which is contraindicated possession of a weapon. Planned ban on the issuance of the license and those citizens who were subjected to administrative punishment for driving under the influence.

In addition to the “resguardado” variant, deputies have to consider a number of other initiatives in this area.

For example, at the time, the interior Ministry called to equip all firearms with special sensors tracking. The Commissioner for human rights Tatyana Moskalkova and a member of the Duma Committee on education and science Nikolay of Teeth proposed to raise the age for issuance of hunting ticket and the license to purchase firearms smoothbore long-barreled weapons from 18 to 21 years.

The state Council of the Republic of Tatarstan proposed to prohibit the issuance of licenses to those who shall bear administrative liability for assault or other aggressive acts that cause physical pain without serious consequences.

The Chairman of the state Duma Irina Yarovaya, in turn, has developed a bill providing for the establishment of a special order when you receive the hunting ticket and the license to purchase firearms smoothbore long-barreled weapons by persons under the age of 18 years to 21 years. According to her version, the young people must provide characteristics from the place of work or study, proof of income, copies of tax Declaration or other document confirming the amount and source of income (including a letter of guarantee from parents).

Commenting to “SP” these innovations, the head of the public movement “For safety” Dmitry Kurdesov stated that it fully supports these initiatives.

— Weapons do need to give 25, better still from 30 or 35 years, he justified his position. — Imagine, in 17 years, the citizen was still a teenager, and at 18 already got their hands on a gun. This is wrong, because the responsibility for their actions in full measure of the man can not carry.

“SP”: — what about the recruits who are in the same age handed guns?

— It is also a mistake. Of course, in the army the soldier is under strict control of higher commanders and acts precisely according to the Charter, which, relatively speaking, step left or step right is invalid. But I myself am a reserve officer, and I know what the recruits call. What can we say about the uncontrolled use of the actual military weapons, so to speak, in the civilian world. Traumatic weapon is also better not to spread among the population

— Because it is not a very effective means of self-defense and instills a false sense of security or even superiority. For example, there was a case when the girl, using a traumatic pistol, came under a criminal responsibility for its misuse. Our society is not ready to use neither firearms nor any other weapons.

“SP”: — what about self-defense? Security?

Any modern society should not be armed. Everything should be resolved by diplomatic means. And if we’re talking about security, the protection of life and health gives us the government that we pay taxes. This should be done by professionals.

— To tighten now that any sense — expressed the opposite point of view, the Chairman of all-Russian political party “Honestly”, the Deputy of state Duma, social activist Roman Khudyakov. Because if we look at how many people are killed with knives, shovels, bottles, spoons and other things, let us, dear state Duma deputies, forbidden to breathe, to walk, to dig, to eat and drink in restaurants.

You know, any prohibition leads to rejection from the people to the fact that the stronger people start to hate the state Duma deputies, members of Federation Council and so on. Because they want all the time to prohibit something. As soon as there is some tragedy, we immediately gather and begin to ban something. There can be so foolish to panasapada that people freak out and grab their pitchforks.

— Why do we not trust our own citizens, why would we believe that they will rush to shoot each other? We have the same great people! In the same Belarus, view, permission to carry a firearm is in almost every third. Remember, when the Moldovan Parliament were pelted with bricks. Nobody came to this rally with guns, a single shot was not, although there is also almost every Moldovan quite officially has weapons.

Now think — how many unregistered weapons there is in the hands of our thugs and those who wants to apply? As it turns out, the gangsters, so let the guns walk, but ordinary people who just want to live, will not have the ability to defend ourselves? If lonely girl will go somewhere in the evening and will have a small purse gun, then everyone is a potential rapist with a knife in his pocket or a thief, knowing this, will think a thousand times about the prospect of getting shot in the forehead.

Head of the Centre for the resolution of social conflicts Oleg Ivanov does not see currently any special problems with civilian weapons and, accordingly, grounds for stricter requirements for the citizens wishing to obtain or already have it.

— Because, — he said, — now you can see that in the mass crimes committed without the use of officially registered weapons, including traumatic. A few years ago it was used quite actively in some domestic conflicts, where citizens had the opportunity to buy it. But currently it is not, people have learnt to use it adequately. So if a weapon exists, it is either illegally acquired or cold.

“SP”: — Then why did they have such an active work in terms of tightening over the circulation of civilian weapons?

— I think this initiative can be linked with the fact that in recent years there has been a huge number of illegal marches and rallies. Of course, they are civilian weapons in any way not yet appeared, and appear, I guess not. Although participating in such events people are pacifists, I wouldn’t call, but it is definitely not supporters of conflict resolution through arms. Again, the problem with civilian weapons in the country, it is somehow artificially heated power. Most likely, the government intends to work here in advance, because law enforcement agencies apparently still fear that such weapons could eventually be used in public events. No logical explanation that I can see.