Home / policy / In the FBK office raided and searched

In the FBK office raided and searched 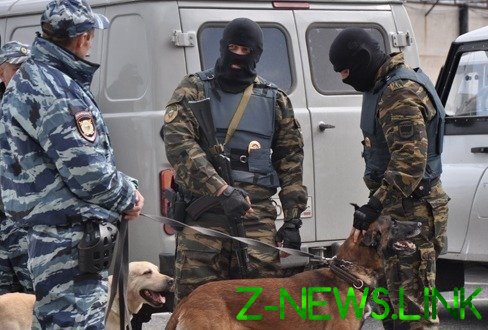 Police conducted searches in the office of Fund of fight against corruption. “And in the FBK office came a crowd of people in masks”, — Leonid Volkov wrote on Twitter.

This morning the searches were held by the lawyers Fund Pomazuev Alexander, Vyacheslav and Yevgeny Zamyatin Gimadi.

We will remind, on criminal case against the FCO, the investigators reported on 3 August, in Moscow was held inconsistent with the local authorities to protest in support of not admitted to the elections to the Moscow city Duma opposition candidates. The TFR then officially informed that a criminal case was opened under paragraph “b” of part 4 of article 174 of the criminal code of Russian Federation (“Legalization (laundering) of money or other property, acquired other persons a criminal way”).

According to investigators, “from January 2016 to December 2018, individuals pertaining to activities of the nonprofit organization “Fund of struggle against corruption” (FBK), including employees of the Fund received from a third party a large sum of money in rubles and foreign currency, which obviously for them had been acquired by criminal means”. “To give a lawful appearance to possession, use and disposal of funds obtained by criminal means, the partners through the Cash-in and Recycling (ATMs) in Moscow made the same amount of money to the accounts of several banks. They then organised the transfer of the deposited funds to the current settlement account of the FBC by financing activities of specified non-profit organization, thus completing the joint criminal actions for their legalization,” says the website of the TFR.

The Agency reported that “investigators will be established the sources of criminal funds, their volume, and the whole circle of persons, involved in illegal scheme of financing of the Fund”.

Before it became known that the criminal case against the Fund of struggle against corruption transferred in the Main investigatory management SK of Russia.