Home / Incident / In the Donetsk region has faced a military car and a scooter.

In the Donetsk region has faced a military car and a scooter. 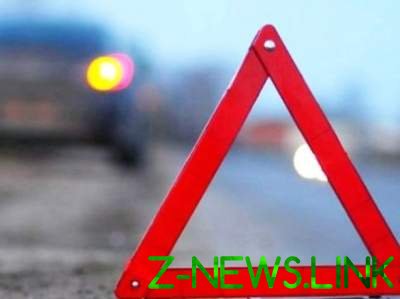 Militiamen find out circumstances of accident.

In the Donetsk region as a result of an accident involving a military vehicle and the truck died.

“Today, October 26, in the village of krynychne Nikolsky district of the Donetsk region occurred dorozhno-transport incident with participation of military vehicles and of the scooter, which was led by a civilian,” – said in the headquarters.

It is established that the accident occurred while the driver of the scooter carried out the turn at uncontrolled intersection and not convinced of the safety maneuver collided with a military vehicle.

See also:  In the Kiev region in their own house burned to death a woman

“The victim in the accident, the ambulance was taken to the city hospital, but unfortunately doctors were unable to save the life of the driver of the scooter,” – said the press center.

According to employees of national police, signs of alcoholic or narcotic intoxication at a military driver is not detected. At the scene working operative group of the Military police and National police.

See also: inhabitants of Kiev have committed a robbery on a huge amount of money

See also:  A fatal accident in the Kharkiv region killed the driver and the cyclist

According to an incident assigned to the investigation.