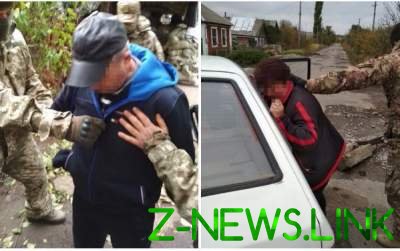 The curator was detained when he arrived for the stolen documents.

The security service of Ukraine exposed the spy network of the Pro-Russian terrorist organization “DNR”, delaying its organizer among the militants.

It is established that the inhabitant of Donetsk region was the job of the curator to organize the collection of secret information in one of the military units stationed near the demarcation line.

“A woman contacted the military and asked for the money to transfer documents and data about places of a dislocation of divisions of Armed Forces of Ukraine. The terrorists planned to use the information obtained to sabotage and adjusting fire strikes on Ukrainian positions”, – told in SBU.

As noted, the curator of the spy Thriller was named Gypsy, whom she wanted to pass on a few minor documents.

Thus for them, the terrorist decided to cross the line of demarcation, after which he was detained by employees of special services.