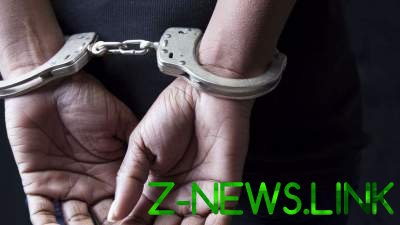 The man was part of a battalion to Somalia and participated in the capture of the Donetsk airport in 2015.

Militiamen detained the citizen of Belarus, who in 2014 fought against APU in the battalion Somalia DNR. He chose a measure of restraint in form of detention for two months. On Tuesday, August 14, the press service of the Prosecutor of Donetsk region.

In November 2014, the 30-year-old citizen of the Republic of Belarus joined the ranks of the separatists of the DPR. After receiving the rank of staff Sergeant, the man began his military service in 1 separate tank battalion to Somalia as commander of the tank that receive a monthly cash reward.

He also took an active part in combat operations against units of the Armed forces of Ukraine and other military formations of Ukraine involved in the ATO in the Donetsk region: in particular, directly participated in the capture of the Donetsk airport in 2015.

In the same 2015, the Belarusian left the service, but in 2017 came back and was enrolled in one of the military units of the DNR, where he took an active part in armed clashes with the Armed forces of Ukraine.

10 Aug 2018 the man arrived to Ukraine, where he was exposed and arrested.