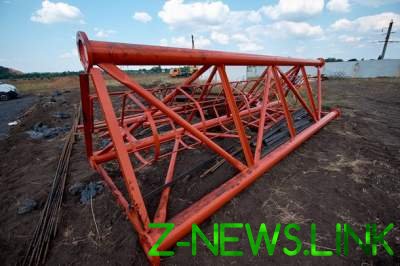 It is expected that the tower in Selidovo will cover Ukrainian-language TV and radio channels the entire region.

In the Donetsk region on the territory of Selidovsky city Council began construction of a relay tower which will cover and occupied part of the region. On Tuesday, August 15, said the Chairman of Donetsk regional military-civil administration Alexander CuCl in Facebook.

“Construction of a relay tower on the territory subordinated Selidovsky city Council. It will cover Ukrainian TV channels in Donetsk region – including the occupied part,” wrote the head of the field.

He noted that already cleared the site for construction, is now laying the Foundation for support and will soon start installation of metal structures.

According to the Director General of concern of broadcasting, radio and television Peter Semerey, the work will be completed by the end of November.

The construction of the tower is of extrabudgetary funds.