In the Donbass mines flooded 36 – OSCE 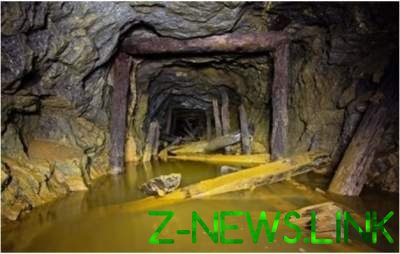 In large parts of the “republics” doesn’t work drainage.

Not controlled by the Ukrainian government of the territory of Donbass coal mines 36 mines are no longer usable due to flooding or full flooding. This is stated in a study conducted by the OSCE with the support of the governments of Austria and Canada.

“As a result of military action repeatedly disconnected from power supply of the coal companies that led to the stop bilge systems, which in some cases led to full flooding of mines,” the study says.

See also:  Maslyakov will remain as the host of "KVN"

According to the data, to date, is not fully functional drainage system at uncontrolled territories of Kiev – from Yenakievo to Gorlovka, Pervomaisk district, partly in Donetsk, Makeyevka, Shakhtersk, Torect.

In addition, a significant excess concentration of nitrogen and phosphorus recorded in the rivers Kalmius, kalchik, Seversky Donets, kleban-Byk.

“Systematic concentration of pollutants in the soils in the area of combat operations 1.1-1.3 times was observed (mercury, vanadium, cadmium, non-radioactive strontium). In some cases, exceeding levels reached 17 times,” reads the study.

See also:  On the territory of Donbass from Russia moved a convoy of trucks - OSCE