In the Donbass liquidated threat Thriller 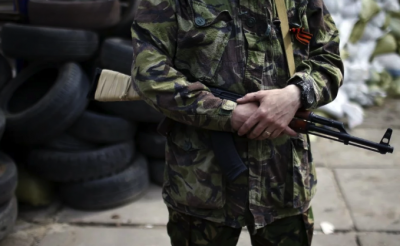 The gunman was “Deputy commander of a combat vehicle.

In a combat zone in the Donbass liquidated threat of militants “LNR” Valery Shuliko with the call sign “Santa”.

“200 brigade” 14.05.19 another fighter Shulika “Grandfather” Valeri from Alchevsk.4 Omsbr. All will be Ukraine, and victory for us!” – the report says.

According to the “Peacemaker”, action was “Deputy commander of a combat machine gunner, also “serve” in the militia “LNR”.

See also:  In Kiev, the motorcyclist got in a major accident

Recall, may 14, invaders five times violated the ceasefire regime in the Donbas. As a result of attacks one Ukrainian soldier was killed and two were injured. To the provocations of the militants units of the Ukrainian Armed forces gave an adequate response. Loss of occupation specified.