Home / business / In the Donbas, the militants double-shelled strongholds of forces ATO

In the Donbas, the militants double-shelled strongholds of forces ATO 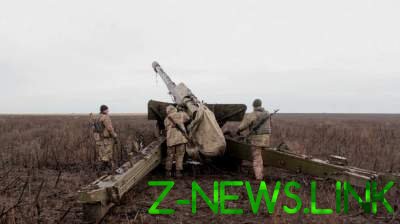 The first day of the new year has not passed quietly.

On the first day of the new year on the line of collision in the Donbass again was not observed full ceasefire. This was reported in the press center of staff ATO.

“Russian occupation troops continue to violate the Minsk agreement and used banned weapons. In the course of the day the invaders made two sighting shelling strongholds of forces ATO”, – stated in the headquarters.

Both incidents occurred in Donetsk region.

“In Donetsk direction the enemy, in the night, more than an hour firing on positions APU from 82-mm mortars, grenade launchers and various types of small arms. On the sea of Azov, the enemy fired mortar rounds 120-mm infantry weapons our defenses in Pavlopol,” – said in the headquarters.

Thus, the staff noted that in other areas of our defense ceasefire violations are not fixed.