Home / business / In the Donbas killed one Ukrainian military

In the Donbas killed one Ukrainian military 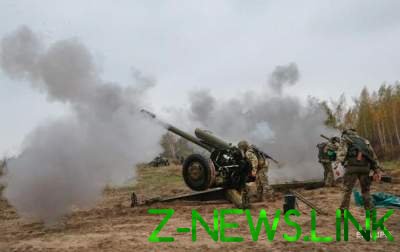 Soldiers died in the detonation of an explosive device.

The Ministry of defence said the information about the situation in the ATO area in the Donbas over the past day, saying that one Ukrainian soldier was killed.

This was announced at a briefing press Secretary of the Ministry of defense on ATO Col.

He said that soldiers were killed in the detonation of an explosive device near the village of Novotoshkivske in Luhansk region.

“It is as a result of enemy fire provocations one Ukrainian military was not injured. But without the loss of the past day, unfortunately, still not done. In the area of the settlement Novotoshkovskoye one serviceman of the Armed forces of Ukraine was blown up by an explosive device, resulting in a received multiple injuries incompatible with life,” said Matusevich.