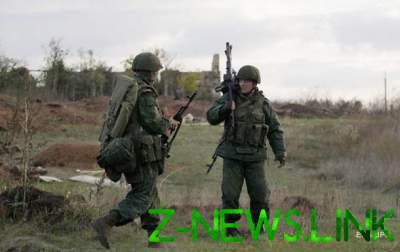 As of 12:00 April 3, shelling positions of Ukrainian troops is not fixed, noted in the Ministry of defence.

Since the beginning of the day, as of 12:00, the military has not fixed the shelling in the Donbass. On Wednesday, April 3, reported on the website of the Ministry of defense.

The Agency noted that losses in the ranks of Ukrainian defenders of the current day, the situation is under control of the Armed forces of Ukraine.

Also, the defense Ministry confirmed the information that for the last day separatists 15 times violated the ceasefire.

At the direction of Lugansk recorded seven enemy shelling, in Donetsk, the separatists eight times fired at positions of the Ukrainian military.

See also:  The OSCE complain that the breeding of forces in the Donbas is not happening

We will remind, on April 2, the separatists 10 times shelled the positions of Ukrainian troops, killing two soldiers.