Home / policy / In the country the virus, and for power patriotism thing

In the country the virus, and for power patriotism thing 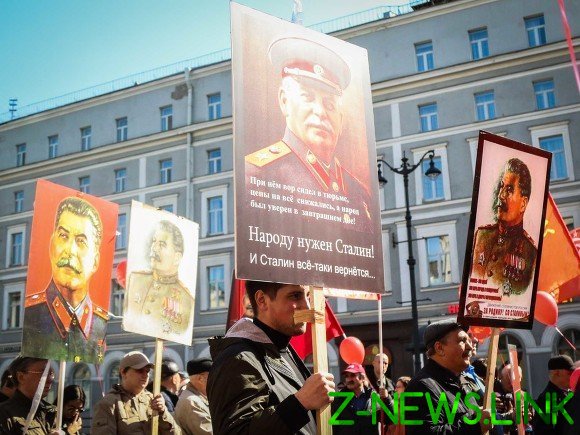 The troubles that have brought people to the epidemic, and their concerns for the future on the scale of interests of officials was below “strengthen the historic foundations”.

The Europeans, before the Russians caught in the quarantine, is now most interested in their future. The preservation of museums, a postponement of the date of entry into kindergartens or school exams, the protection of the lives of the older generation for the future of their peoples. If the parliaments in the EU and going in a pandemic, it is in order to discuss the postponement of the payment of taxes, renewal of driving license and passport, change of date school and University exams. The terms and rates direct economic assistance to people in crisis, finally.

Our Duma instead found to prevent the MPs to go on a TV talk show or retroactively extend the Second world war on a single day. In the law adopted by the Parliament proposed to establish September 3, the day of military glory of Russia “after the Second world war (1945)”, abolishing the same memorable date, which was recorded earlier on 2 September.

The meaning of this decision for many is mysterious. Yes, for a long time around this page of history was contested from a scientific point of view, even more meaningless and politicized, the debate about when it is correct to celebrate the Day of Victory over Nazism in Europe — may 8 as most of the countries, or may 9, as had been established in the USSR.

No one questioned that the surrender was signed by Japan on 2 September. And information about it (unlike the story with the surrender of Germany) came to Moscow also on 2 September. However, by the decree of the Presidium of the Supreme Soviet on 3 September 1945 (the day after the surrender of Japan) the city is also not the third number, and so is fixed before the collapse of the Soviet Union, although the actual weekends and public holidays was only two years: in 1945 and 1946.

Now the impression is that the current heavy spring in the state Duma there are no more important issues than “strengthen the historic foundations of the Patriotic traditions and the preservation of historical justice.” There is no growth in the number of unemployed, there is no threat of a jump in food prices, no failing businesses, and so on…

But out of the blue there was one extra problem (which is in the style of our legislators). September 3 is already taken in the calendar is the Day of solidarity in fight against terrorism, established after the tragedy in Beslan. About the inadmissibility of such a combination of dates already stated the Council under RF President on development of civil society and human rights, calling on the Federation Council to reject state Duma adopted the bill.

So why was it necessary to carry the day of victory over Japan? In fact, by 1991 about this holiday is almost forgotten. I don’t know if it’s because on the medal dedicated to this date was Joseph Dzhugashvili, by considering whether the complex relations with Japan, which was never signed a peace Treaty, or because the Japanese throughout the Second world relatively honestly respect the non-aggression Pact with the Soviet Union, not forcing him to fight on two fronts — but Stalin easily forgot about it and fulfilling allied obligations to the United States and great Britain began military operations in the far East almost immediately after the victory over Hitler.

Now, about the occasion suddenly decided to remember. Why — I have no doubt about. Already veterans “organized” ask Vladimir Putin to postpone the parade on may 9 at a later date. Foreign leaders also exactly in Moscow on this day will not come, so urgently need a replacement, “ersatz Victory Day”. The Kremlin has thrown a call and someone had to move the parade and celebration on September 3. Not because he loves the same song Mikhail Shufutinsky, there are clearly other, quite cynical and mercenary reasons.

To move from 2 to 3 September not only had to please Russian Stalinists, although this reason is probably also taken into account. There is no chance that the leaders of the US and UK will arrive in Moscow on September 2 — they have their holidays. And trump Putin certainly would love to see in red square. And many other Western policies will certainly go to the Americans, if they have to choose from two identical invitations.

In addition, as from 9 may, symbolically to have their holiday, “not like them” in the West. It’s a weird motivation, but it is well understandable for any Russian kvass patriot. But if this all interferes with the memory of Beslan, about it you can forget (although it is possible that none of the decision-makers do not remember).

The Russian government is very easy obsolete, the human, when they have once again to rewrite history for immediate needs.

In the country the epidemic, and for the authorities the main parade. Mourning for Beslan, combined with the occasion. This is the essence of contemporary Russian politics in which those problems that have brought people to the epidemic, and their growing anxiety about the future on the scale of interests of officials are much lower than the proverbial “strengthen the historic foundations”.