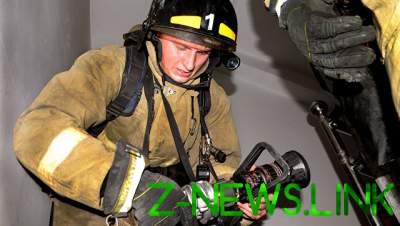 It is known about one affected.

Firefighters rescued 20 people, four of them children, in fire in residential house in Moscow, reported on the website of the Metropolitan EMERCOM of the Russian Federation.

“On the third of January in operational duty shift the MC in crisis situations of EMERCOM of Russia in Moscow received a message about a fire at the address: Moscow, Academician Tupolev embankment, 1/7 K. 2”, — stated in the message.

It is noted that in the course of extinguishing a fire, was rescued 20 people, four of them children.

“The taken measures in 13:07 the fire was liquidated on the second floor on a total area of 25 square meters”, — reported in MOE.

Read also: Russia: the fire killed a family of three

It is also known about one affected. In extinguishing the fire were involved in 51 personnel and 13 pieces of equipment.