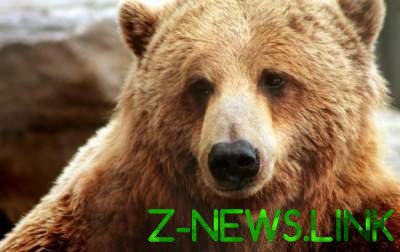 Most likely, the meat of animals they wanted to sell.

On the territory of the Carpathian biosphere reserve, poachers killed a brown bear and deer. Workers Asturizaga forest that borders the nature reserve, accidentally tracked down the attackers. They tried to detain them, but the criminals managed to escape.

Animals killed at the foot of the mountain Pop Ivan. According to foresters, the bear was not more than 5 years.

“People have to speak for him “pustun”. He walked away from mom, she was with other kids. And he still runs after her. Young, promising,” – said the employee Asturizaga forestry Vladimir cabal.

“Hunting is prohibited in the reserve, and brown bear all in the red Book,” – said acting head of the investigation Department of Rakhiv police Department Nicholas Kovbasiuk.

It is noted that the road reserve passes through the checkpoint Asturizaga forestry. Casual tourists told officers that on the reserve bear caught in a trap, the two men approached and shot the animal, cut the carcass, and the meat piled in the car, covered with wood. The Rangers ambushed the poachers at the checkpoint, but they began to run back to the reserve.

“Once you reach the starting point, they shut the door behind him. Me not allowed,” – said Forester.

According to the Forester of the Cabal, he knows the two men who were in Oise, it is the workers of the forest protection reserve.

In their car police found nothing. Law enforcement officers believe that the suspects in the poaching managed to throw the meat and where they hid the weapons. Some evidence was found in the woods, in particular, backpack, ammo, knives and a jacket.

Discovered at the crime scene, things are experts, and the reserve is conducting an internal investigation. Suspected of poaching employees categorically deny the fault.

The foresters who discovered the poachers, suggest that the DOE only killed in order to lure the bear into a trap, because he was the main prey.

“I know what a poacher to kill the bear. Skin, fat, bile – sell for good money,” said cabal.

“In social networks write that in Yaremche in the market pounds of deer meat costs 400 UAH, bear up to 800” – said social activist Nikolai Kokish-Miller.