In the capital market have caught fifty of illegal aliens. Video 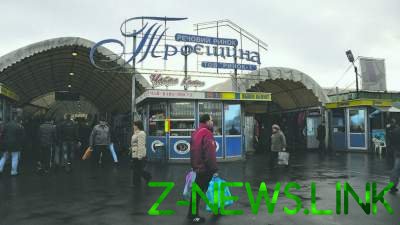 The incident occurred at the Troyeshchyna market.

In the Kiev market “Petrovka” was discovered 49 foreign nationals who have violated immigration laws.

“Illegal migrants were discovered by the staff of management of fight against the crimes connected with human trafficking of the police of Kiev together with employees of the Central interregional Department of the State migration service in Kiev and Kiev region. Development of the market in Desnyanskiy district of the capital was held in the framework of target preventive actions under the conditional name “Migrant”, – said V. I. O. head of Department UPPCL GUNP in Kiev, Alexei Gavrilyuk.

According to law enforcement officers during the RAID were identified by the citizens of Azerbaijan, Afghanistan, people’s Republic of Bangladesh.

“They were invited to the territorial Department of the state migration service for decision-making according to the current legislation”, – he added.