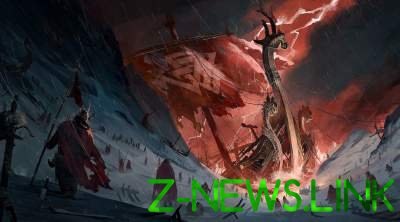 Originally the game was called Kingdom.

In April, the network appeared rumors that the company Ubisoft will release the Assassin’s Creed about Vikings. Recently one of the users published screenshots of the new game, however, as it turned out, not everything is so rosy, as expected gamers.

What’s known about the leak? According to the informant, Assassin’s Creed Ragnarok was created, codenamed Kingdom, however Ubisoft later renamed it the Ragnarok.

The main character, rumored to be an ally of the legendary king Ragnar Lothbrok and visit Sweden, the UK, Denmark, Norway and Finland. In addition, now plans to have DLC that will allow players to Iceland, and the developers are thinking to use the world tree Yggdrasil to travel to the nine worlds.

Gameplay. The insider says that the authors will use RPG mechanics, and devote considerable attention to the study of the world, returning co-op mode and “Conquest”. In confirmation of his words, the culprit of the drain, and has published several screenshots from Ragnarok.

The inaccuracy of information. However, the leak about Assassin’s Creed Ragnarok turned out to be fake. Users Resetera noticed that most of the models that appear in photos posted extremely similar to assets from the Unity store.