In the article, Putin details is much more important than the content 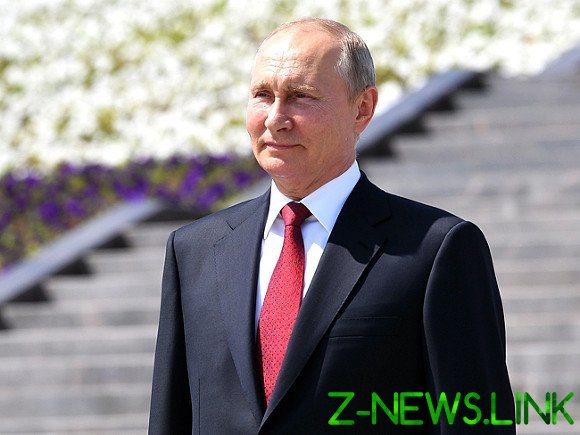 Generally in the appearance of Putin’s article, the details were much more important than the content. For some reason it was released in a mediocre and second-rate American magazine National Interest, which is headed by the co-host of Molotov’s grandson on the First channel Dmitry Simes, a member of the editorial Board is Alex “ridiculed” Pushkov. I don’t know, it’s like that Donald trump will be published in Prokhanov’s newspaper “Tomorrow” or Barack Obama in a blog by Valery Solovey or Andrey Illarionov.

Actually, that’s so stupid decision set the trend of inferiority newsworthy. There is a large foreign press on the front page won’t publish anything, although clearly the goal was to attract the attention in the world, not only in the country. In the country the article will be perceived as a set of well-known platitudes, mixed with archival documents and conspiracy, and do not understand where that.

In General, the swing was on the ruble, and the impact on the penny. It is either associated with the understanding that the world in the era of pandemic, the theme of war is completely uninteresting or simply catastrophic failures in the promotion of the Kremlin on the world stage.

If we talk about the content of the article, then of course it’s not “Small Earth”. Brezhnev at least fought, though, and the instructor, so the work was really about the war, though not just weak, literally on the level of the circle of Amateur. Putin just wants to attach himself to the memory of the war, but everything is made banal in a typical reflection of the military retiree, which is interested in history. And it is in any case not to offend, just Putin served in the KGB and resigned. It’s a breed of people with such interests, beliefs and passion for-Westernism, mysticism and conspiracy. All this article there is fair amount maybe also of mysticism. Although the article is about Stalin, and, quite good, and after its release it became known about the death of Sergei Khrushchev, the son of the whistleblower cult of personality.

You need to understand is that in today’s world need to get into the format, if you want to go beyond the audience of military retirees. Images, pictures, scans of documents, infographics, videos… If not, dropping coverage and article of the President of Russia passes by the main audience he is trying to convince that the West is beastly, and we won the war.

In fact, a good campaign has turned in favour of the amendments by zeroing. If you read the article till the end, you should know that this phenomenon will be with us until 2036, and Volodin has promised that after too.