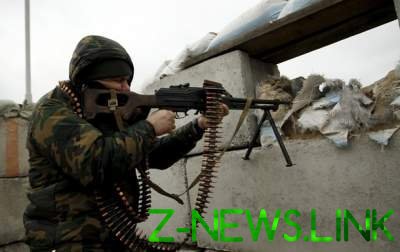 Since the beginning of the current day attacks is not fixed.

In the past days, separatists in the Donbass 11 times violated the cease-fire, one Ukrainian soldier was killed and four were injured. On Thursday, may 9, reports the press center of the headquarters of the environmental protection.

In the area of responsibility of tactical group North positions of the Ukrainian defenders were shelled twice: at Novotoshkovskoye and Iron.

See also:  Anti-aircraft missile units of the air forces of Ukraine went to the exercises in Bulgaria

According to the intelligence of the combined forces, on 8 may, one separatist was killed, five wounded. Also Ukrainian units destroyed the truck of the enemy.

Since the beginning of the current day attacks is not fixed.