Home / business / In the area of environmental protection one soldier injured

In the area of environmental protection one soldier injured 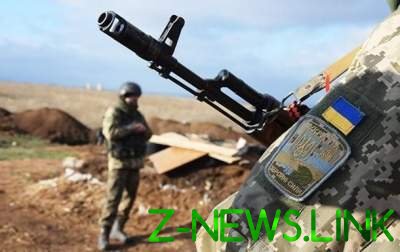 Since the beginning of the current day the enemy twice fired at positions of the joint forces near Lebedinsky and Novoaleksandrovka.

In the past days, the separatists 16 times violated the ceasefire regime in the Donbas, a Ukrainian soldier was wounded. On Sunday, may 5, the press centre of the headquarters operations of joint forces.

It is noted that the three attacks were carried out with the use prohibited by the accords 120 mm and 82 mm mortars.

“The enemy also fired on our defenders of the armament of infantry fighting vehicles, rocket-propelled grenades of various systems, heavy machine guns and small arms… as a result of shelling, one soldier of the United forces was injured,” the statement reads.

See also:  Only ductile iron: the Europeans have made their choice

Thus, in the area of responsibility of tactical group East opponent 12 times fired at positions of the joint forces.

According to the Ukrainian intelligence, two members of illegal armed groups were killed, two – wounded.

Since the beginning of the current day the enemy twice fired at positions of the joint forces near Lebedinsky and Novoaleksandrovka. Losses among the military OOS no.