Home / business / In the area of ATO there was a fight: five Ukrainian soldiers were killed

In the area of ATO there was a fight: five Ukrainian soldiers were killed 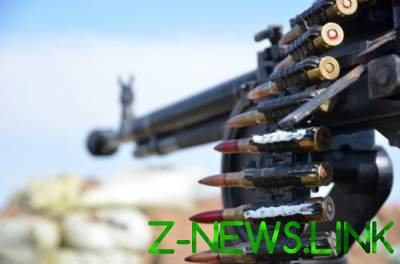 The situation in the ATO area remains tense, but controlled by the Ukrainian army. Despite the overall decline in the number of attacks, the observance of the cease-fire there.

During the day in Lugansk direction were hot on the approaches to Crimea. There was fighting, which lasted about eight hours. Ukrainian fighters destroyed four of the occupants and five others wounded. Unfortunately, were killed and four our hero, and another two were wounded. In addition, Russian-terrorist troops shelled fortifications of the ATO forces near the Crimean with 82-mm mortars and light infantry weapons. Small arms and heavy machine guns, the enemy harassed the defenders of Novoaleksandrovka and on the arc Svetlodarsk under RPG fire were the defenders of the Luhansk.

In the direction of Donetsk was hot in the sea of Azov. There are Russian mercenaries fired more than two dozen mines of various calibers. Weapons, infantry fighting vehicles, grenade launchers and small arms they used near Pavlopol and Water to illegal armed groups fired rocket-propelled grenades and heavy machine guns.

In General, over the past day, along the line of contact recorded 7 violations of the ceasefire regime by the enemy, including one clash. In almost every case, members of the Armed Forces of Ukraine met the enemy aimed fire.

Unfortunately, over the past day killed five Ukrainian military, another four were injured. The health of one soldier, heavy, three – satisfactory. 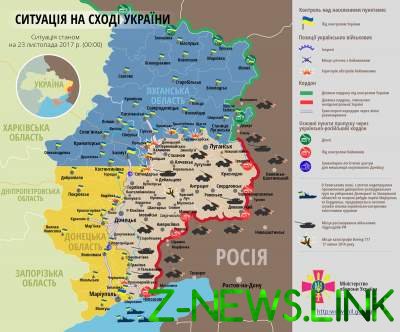