Home / business / In the area of ATO on 27 attacks, one soldier was killed

In the area of ATO on 27 attacks, one soldier was killed 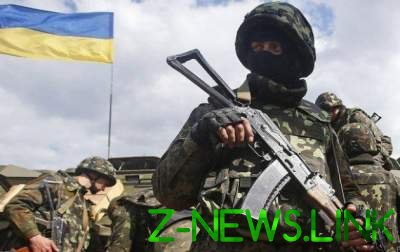 The Russian occupation troops continue shelling of positions of Armed Forces of Ukraine, including weapons, which banned the Minsk agreements.

On the Lugansk direction the enemy continues to provoke the Ukrainian soldiers to the armed confrontation on Svetlodarsk arc. In the evening, mostly from the infantry weapons, the enemy fired at the defenders of zaitsevo, Novoluganskogo and several times Travneve.

We will remind that else in the morning in the area militants opened fire on the approaches to the fortifications of the Ukrainian defenders with mortars, rocket-propelled grenades, small arms and armament of the BMP between settlements of the Russian Federation Gladosovo. These provocations of illegal armed groups disrupted the visit of the observers hmm OSCE representatives of the UN mission, which had planned to carry out monitoring of the humanitarian situation in Travneve and Gladosovo.

These armed provocations by Russian mercenaries aimed primarily at discrediting units of the Armed Forces of Ukraine in the eyes of the international community with the purpose to accuse the ATO forces in the supposedly difficult humanitarian situation in these settlements. The headquarters of the ATO reported that in Travneve forces Civil-military cooperation organized a temporary humanitarian center to improve the delivery of drinking water, restore power and other vital issues for the local civilian population.

In addition, on Lugansk the direction from mortars of various calibers, the Russian mercenaries fired on the outskirts of the CreditBank and rocket-propelled grenades and small arms for defense fortifications at Gitogo, Novoaleksandrovka and Katerinovka.

On the Donetsk direction in the suburbs of the Town within a few hours of recorded attacks on our positions hostile sniper. With infantry weapons, the invaders violated the truce nearby Birch. On the sea of Azov from different types of grenade launchers and small arms, the enemy was shooting at Hnutove and Water, and from APCS – near Shirokino.

In General, over the past day, along the line of contact recorded 27 violations of the cease-fire by the invaders. In response Ukrainian soldiers 11 times inhibited their firing activity.

As a result of enemy attacks one of our soldier was killed and two others received a combat injury. 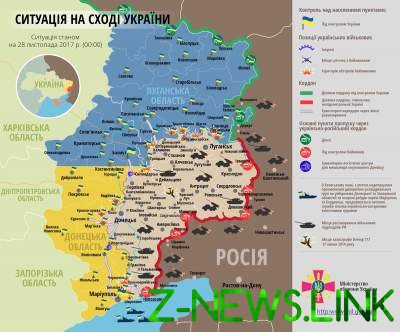