In Ternopil outraged by the behavior of retirees in the transport 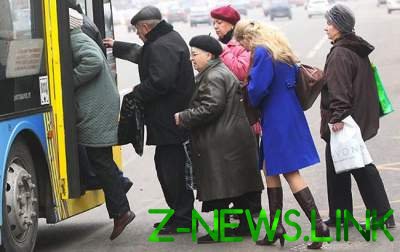 In Ternopil city residents are increasingly complaining about pensioners that prevent travel by minibus. People Express their indignation in social networks.

Residents are asking, where are the elderly in the “rush hour”. People write that pensioners are all pushing at the entrance to the transport to be “identity”. This situation happened at all recently. The girl told that he had gone in the taxi through the back door, and behind it walked two grandmothers. And almost immediately began to shout “Move over!”. “Women! There’s nowhere else to go, there’s not room, we all squeezed in one voice said to the passengers. “What do you mean, there’s still a lot of space. Move over, I said,” pressed one of the pensioners.

Svetlana said that this situation continued for another three minutes, and then one of the pensioners, when they realized that no one will not move, I decided to move all by herself. So the girl was pressed so she just couldn’t breathe. “Woman, step aside, please, a little bit ago, I can’t move, – said Svetlana.

“We won’t hurt you, you’re young,’ simply said one of the pensioners. According to Svetlana, swearing could be heard for another five minutes until one of the grandparents does not give way.