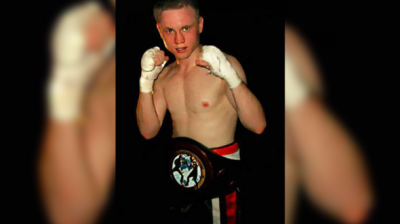 Vyacheslav Lapshin fought on the side of ISIS.

Known in the past Russian fighter Vyacheslav Lapshin died in Syria fighting in the ranks of terrorists “Islamic state”. The athlete was killed in March 2016, but it has become known only now.

In an interview with the sister of the late Olga said that lapshyn had converted to Islam 15 years ago, and the family took it in their stride.
“We continued to live as usual, nothing really in our lives has not changed. We the same age, were very close, I can’t understand what prompted him to go to Syria” – said Olga.

According to her, Lapshin with his wife and three children went to Turkey on holiday in June 2015 and remain in the country, and later moved to Syria.
“Mom still thinks he’s in Turkey, I was unable to tell her that brother is no more,” – said the sister of the boxer.

“He really wanted to go back, I felt in his voice the weariness and disappointment, but they couldn’t get out of there, I suspect that he deliberately went to the death to end all this horror,” she said.

Vyacheslav was born on 21 June 1981. On a professional ring from 2005-2009, he spent nine fights: he scored five victories and suffered three defeats, one meeting ended in a draw.

Most successful in his Amateur career came in 2006 when he became the champion of Russia.