Home / WORLD / In Syria blew up a car: there are victims

In Syria blew up a car: there are victims 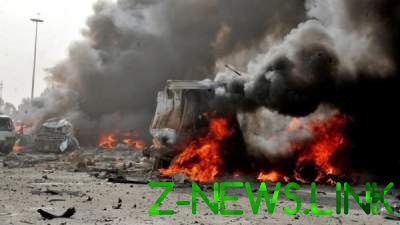 Gangs of ISIS continues to wield in the desert.

Militants from the terrorist group “Islamic state” (IG) blew up on Friday evening, a car bomb in the city of raqqa (about 520 km from Damascus).

The attack was arranged near the building of the barracks of the “Syria democratic Forces” (SDS), killed at least 10 Kurdish fighters.

9 APR explosion occurred on the street Nur in raqqa SDS at a checkpoint, killing 13 people.

Gangs of ISIS, despite the loss of the Kurds at the end of March in El Bagui on the Eastern Bank of the Euphrates, continued to wield in the Syrian desert and attacking patrols SDS. They also carried out attacks against Syrian army and make ambushes on the roads, which move columns with weapons and food.