In Switzerland have found a backpack which 4 thousand years 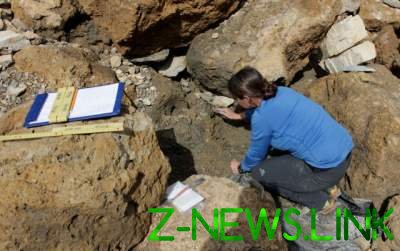 Pass lötschberg attracted the attention of scientists in 2011, when the Keeper of the mountain hut found some ancient objects.

On a mountain pass at the lötschberg in Canton Bern, the archaeologists found equipment has been around four thousands of years.

Among the findings: arrowheads, silicon jewelry and leather bag resembling a backpack.

Pass lötschberg attracted the attention of scientists in 2011, when the Keeper of the mountain hut found some ancient objects, which appeared on the surface after the snow melts. In 2012, this place found a number of medieval artifacts, but further investigation was interrupted by the snowfall. Only in September 2017, scientists have been able to continue working.

The pass found a wooden box of flour, pieces of onion, flint arrowheads, birch bark, rope and a vessel made from cow horns. In addition, were found particles of skins, from which was made the backpack or bag. According to experts, the backpack could be used to transport tips and food.

Scientists emphasize that even if the objects do not belong to one person, the opening of such a quantity of climbing equipment of the bronze age is unique. They date back to around 2,000-1,800 BC, and, thus, are the oldest artifacts ever found in the region.

According to archaeologists, the findings confirm the hypothesis that the pass is still in the bronze age used by hunters, herdsmen and traders.