Home / Incident / In Sumy, the robber beat a woman and took off with 100 thousand

In Sumy, the robber beat a woman and took off with 100 thousand 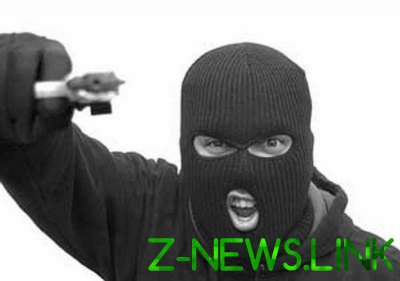 The robber doused the woman with kerosene and threatened with a gun.

The intruder attacked the resident Belopolsky district. The woman went into the yard and saw someone watching her through the gap in the fence. The hostess turned to the man, in response, the stranger ran out and poured it on the woman a liquid similar to kerosene, then grabbed her and dragged her into the house. This was shared in the Prosecutor’s office.

The attacker pulled out a sawed-off single-barreled hunting rifle and shot the chair. The offender was tied to the same chair the lady of the house and started beating her on the back, claiming to give all money and values. The frightened woman said, where are all the valuables. While the man took away valuables, the victim freed himself and ran to the neighbors, and called the police. The robber, running, grabbed from the safe 100 thousand hryvnias.

Thanks to investigative activities, the police managed to establish the identity of the attacker, and after a few hours and hold him. It was them earlier judged 26-the summer inhabitant of bilopillia. Now to the man threatens till 12 years of prison.