Home / Incident / In Sumy, the guy stabbed classmate, and then his mother

In Sumy, the guy stabbed classmate, and then his mother 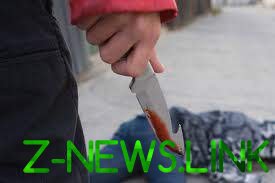 Terrible discovery found the owner of the house.

A terrible crime happened around 06:00, in the village of Hai-Moshenka, Okhtyrka district. The man returned home and he didn’t. To get into the room, the host broke the window and found the body of his 36-year-old wife and 17-year-old son. About it reported in a press-service of the regional police.

On a scene there arrived police officers. “In search of the killer was the focus of all efforts of law enforcement officers. In a matter of hours was able to identify and then detain a young person who is reasonably suspected murder of the woman and the guy. They found 18-year-old classmate of the deceased, residing in the next street. The night before he came to visit a friend, they drank alcoholic drinks. Between young men there was a quarrel and then fight, during which guest killed the guy, and then his mother, ” said the local Prosecutor’s office.

See also: Kiev under fire found the body of a man

See also:  The mother of a prisoner of the military Ageeva gave an interview

Now pre-judicial investigation, which will help to establish all circumstances of the tragedy. The young man now could face up to 15 years in prison.