Home / business / In St. Petersburg the doctor gave the athlete a prohibited drug

In St. Petersburg the doctor gave the athlete a prohibited drug 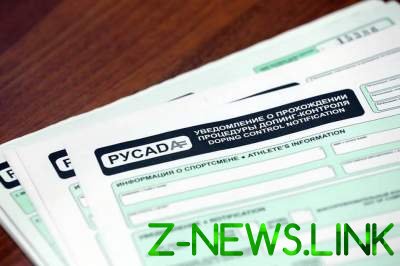 The athlete was not allowed in the classroom.

In St.-Petersburg dismissed the doctor, who prescribed athlete banned drug and didn’t allow her to sports.

As reported by Russian anti-doping Agency (RUSADA) on Tuesday, April 23, when passing the examination, the physician recommended that the girl Meldonium, which was banned by the world anti-doping Agency (WADA). After the athlete refused to take the drug, the doctor in violation of the law did not allow her to sports.

At the request of RUSADA, the General Prosecutor’s office conducted an audit of the physician and institution in which she works. In the end, it was determined that the physician, not being a specialist in sports medicine and not having authority is not allowed to sport nine people.

See also:  Putin announced the three main versions of the explosions in Saint-Petersburg

As a result, the Prosecutor’s office of the Kalinin district of St. Petersburg has made a submission to the institution, doctor and head of the Department subject to disciplinary action. The doctor was transferred to work not involving examination and treatment of athletes. Radio “Echo of Moscow” indicates that this is the first case in Russia when Meldonium suspended the athlete, and the doctor.

See also:  In Kiev at the time of the Eurovision song contest forbid the sale of alcohol

Meldonium was included in the list of prohibited substances WADA on 1 January 2016. Since then, Russian athletes repeatedly caught in its intake. In the beginning of 2016, one of the first because of this drug was suspended the famous tennis player Maria Sharapova, who returned to the sport in April 2017. In April 2018 women’s youth Russian national team on handball was stripped of silver medals of the European championship in 2017 after the doping samples of Antonina, Skorobogatko, Duvakina Maria and Maria Dudina was discovered Meldonium.