Home / policy / In St. Petersburg for the citizens closed the observation deck, symbolizing the openness of government

In St. Petersburg for the citizens closed the observation deck, symbolizing the openness of government 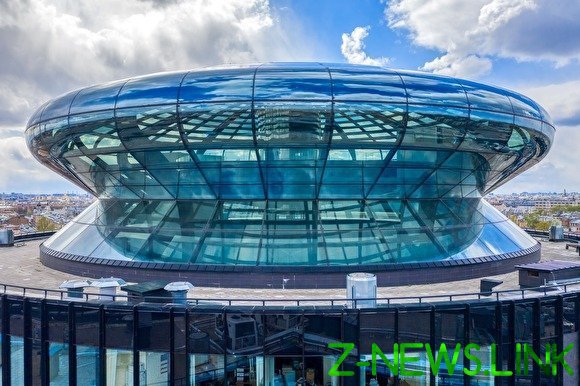 St. Petersburg officials refused to allow the citizens to the observation deck “Nevskaya Ratusha”. However, originally, the architects conceived this project as a symbol of open government, writes the St. Petersburg edition “Paper”.

We are talking about the dome of the atrium in the complex “Nevskaya Ratusha”. It was built in 2016 as a new platform for the committees of the city administration.

The project was designed by the architectural Studio “Evgeny Gerasimov and partners” (in cooperation with Sergei Tchoban). A roof was provided for a viewing platform, made in the form of glazed flying saucers. “The basis of the project of the building of the town hall is based on the idea of maximum openness of activity of bodies of Executive power to the citizens”, — stated on the developers website.

One of St. Petersburg appealed to the Directorate for managing objects administrative request to visit the observation deck. But officials denied this. “The design features do not allow the dome of the atrium for holding mass events, including excursions. Access for visitors to the dome of the atrium is not conducted”, — is spoken in the official reply which is published in a public “Central area for a comfortable habitat.”

After that, the St. Petersburg offered to “dismantle poor glass dome Nevskaya Ratusha”.