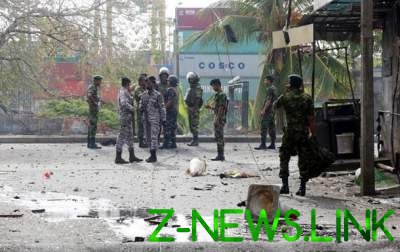 Police came under fire during the RAID.

Three explosions occurred in the Eastern part of Sri Lanka in the town of Kalmunai.

Details of the incident are not yet available. Police officers and members of the national army came under fire during a joint RAID in the detection of clandestine workshops for the manufacture of suicide belts. It is reported that the shootout occurred Friday in the town of Kalmunai in the East of the country. Information on victims and victims did not arrive.

The President of Sri Lanka Maitripala Sirisena ordered on Friday, April 26, to inspect all residential buildings on the island after a series of explosions on April 21.

“Launched a large-scale search operation. Every house in the country will be checked. The lists of permanent residents of each building in order to exclude the possibility of visiting unknown people,” said Sirisena.