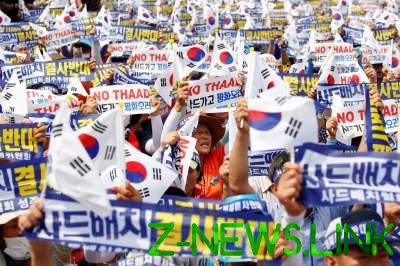 Hundreds of protesters in the South Korean city of Seongju tried to block the installation of four additional launchers American anti-missile system Thaad.

In April 2016, the Pentagon announced the deployment of anti-missile systems THAAD in South Korea is designed to intercept missiles from the DPRK. System launched by early 2017.

Beijing believes that the deployment of ТHAAD on the Korean Peninsula that undermines regional strategic balance and hurt the security interests of China. In China believe that the US missile defense system can with the help of powerful radars to “see” deep into the territory of China.